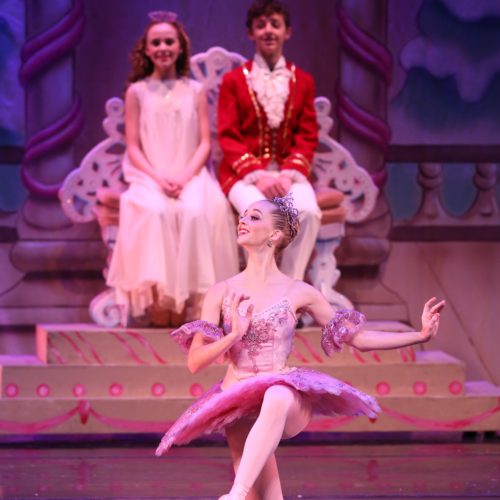 From the moment the lights dim, you’ll be transported with Clara to a magical world filled with a Christmas tree that grows to the ceiling, menacing mice, a dashing prince who takes her through the land of the dancing snowflakes replete with falling snow led by the shimmering Snow Queen.

As the curtain rises on the second act, angels in clouds welcome Clara and her Prince to the Land of the Sweets where she meets the beautiful Sugar Plum Fairy. Clara is entertained by Spanish chocolate, Arabian coffee, Peppermints, Chinese tea, marzipan Mirlitons and more as they each dance for her.

Small Polichinelles pop out from underneath Mother Ginger’s giant skirt and flowers waltz around the delicate Dew Drop Fairy before the Sugar Plum Fairy and her Cavalier dance for Clara and send her off.

A visually stunning production by and for the community it serves, Westside’s The Nutcracker features young dancers from our schoool performing alongside acclaimed adult professional guest artists. “Each year the students aspire to new roles,” says Martine Harley, WSB’s artistic director. “As they grow up in the school and improve as dancers, new faces grace the roles and keep the production fresh.” 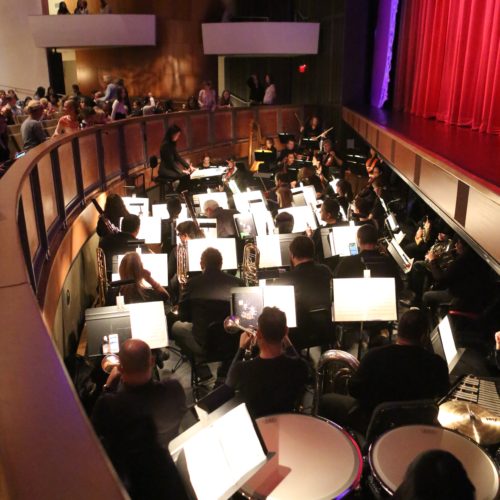 Made possible through the generosity of the Santa Monica College Public Policy Institute, playing Tchaikovsky’s majestic score… It’s a holiday experience you won’t want to miss!

The professional level of dance, along with Tchaikovsky’s beautiful and majestic score performed live, provides the perfect opportunity to introduce children to classical music and dance.

We are proud to announce the casting of Sugar Plum Fairy artists for the 2016 season. Both dancers received their formative training here at Westside School of Ballet.

Santa Monica High School senior, Molly Novak, who debuted as the Sugar Plum Fairy in 2015, has danced every featured role in Westside Ballet’s The Nutcracker from her earliest role as a Polichinelle to Clara, the Snow Queen and the Dew Drop Fairy.

Alternating with Ms. Novak is Shelby Tzung, from Palisades High and 2016 Winner of the prestigious Spotlight Award for Classical Ballet.

Read about the many opportunities created by Westside Ballet’s outreach program to introduce children to the magic of ballet. 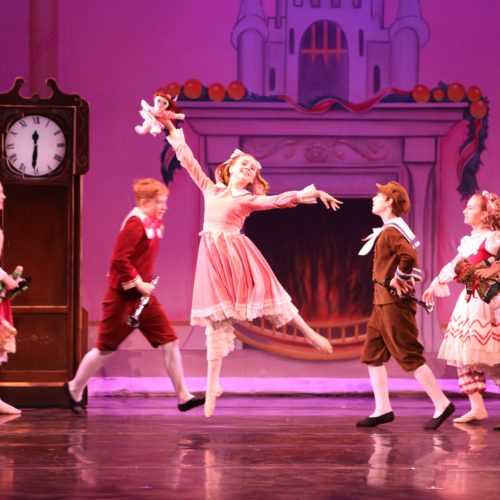 Thanks to all of our lovely dancers, teachers, parents & volunteers for another great Nutcracker season!