Saturday, May 9th, at The Broad Stage at the Santa Monica College Performing Arts Center 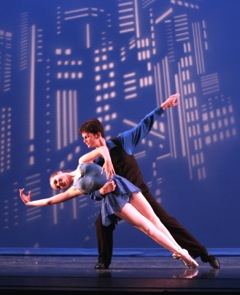 This was fun for the whole family! 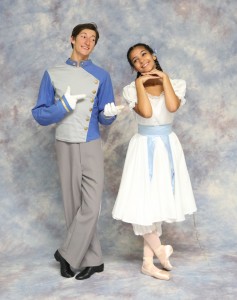 “Graduation Ball” is choreographed by David Lichine to music composed by Johann Strauss II and arranged by Antal Doráti. With a scenario devised by Lichine and with scenery and costumes designed by Alexandre Benois, it was first presented by the Original Ballet Russe at the Theatre Royal, Sydney, Australia, on 1 March 1940. We are pleased to commemorate its 75th anniversary.

The ballet in one act is set in a fashionable Viennese finishing school for girls during the 1840s. The headmistress has invited the cadets of the city’s military academy to attend a ball celebrating the graduation of the senior class. The senior and junior girls have planned a series of divertissements as the evening’s entertainment and are greatly excited by the event. Flirtations, exuberant dances, and a secret romance ensue.

In 1937, George Gershwin asked Balanchine to come to Hollywood to work with him on Samuel Goldwyn’s “Follies.” Tragically, Gershwin was felled by a brain tumor before he completed the ballet music for the film.

Balanchine used the songs not to evoke any particular era but as a way to portray an exuberance that is both broadly American and charged with the distinctive energy of Manhattan.

The “Tchaikovsky Pas de Deux” is a ballet made by New York City Ballet co-founder and founding choreographer George Balanchine to an excerpt from “Swan Lake” by Tchaikovsky. Described by the New York City Ballet as “an eight-minute display of ballet bravura and technique,” the piece uses music rediscovered in the archives of the Bolshoi Theatre.

* “Who Cares“ and “Tchaikovsky Pas de Deux” were presented with permission from The George Balanchine Trust.

“Flames of Paris” pas de deux, from the ballet “Flames of Paris,” is a classical ballet based on songs of the French Revolution. It was originally choreographed by Vasily Vainonen and premiered at Leningrad’s Kirov Theatre in 1932.

Each year, Westside Ballet of Santa Monica provides invaluable performing experiences for our students in a wide variety of ballets, allowing an exciting glimpse into the rewards of disciplined training. Such exposure was critical to Yvonne Mounsey’s own early ballet training, and as Founder of Westside Ballet, she gave generations of young dancers the same opportunities which continue today in her honor.

Video of Lyrica in dress rehearsal this week, by Drew Roublick

Another preview, by Drew Roublick

We were proud to announce the addition of visiting guest artist Lyrica Blankfein to our 2015 Spring Performance. 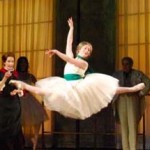 Lyrica and resident guest artist Evan Swenson opened the program performing Spring Waters – a fiery pas-de-deux set to music by Sergei Rachmaninoff with choreography by Asaf Messerer. Lyrica also danced the solo in My One and Only, one of several excerpts performed from George Balanchine’s Who Cares*.

Video of Lyrica in dress rehearsal this week, by Drew Roublick. View here.