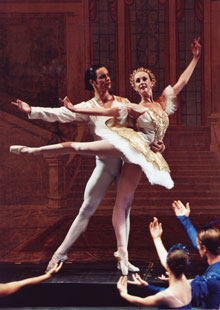 Westside Ballet occasionally presents full-length story ballets in place of the Spring Performance repertory. The Sleeping Beauty (2007, 1997) and Coppelia (2002, 1988) are the most recent examples.

Sorry, no details available at this time.