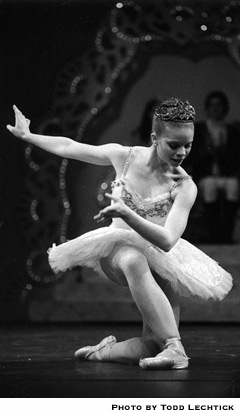 At Westside Ballet, Jeanne was featured as Swanilda in the full-length presentation of Coppelia (2002). She danced virtually every solo role in The Nutcracker, from Clara and Doll through Dew Drop Fairy and Sugarplum Fairy. (Her Sugarplum Fairy years were 2000 and 2001; she danced Dew Drop Fairy from 1998 through 2001.)

After she completed her training at Westside, Jeanne joined Sacramento Ballet as an apprentice. She was promoted to company member in 2005.