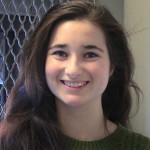 Lucia Connolly will begin her professional career as a ballerina with the Joffrey Ballet this summer! Lucia is an alumna of Westside School of Ballet where she trained from ages four to sixteen, and is currently a scholarship student at the School of American Ballet in New York. At Westside she has performed the roles of the Sugar Plum Fairy from The Nutcracker, Aurora from Sleeping Beauty, and Kitri from Don Quixote, and professionally she has performed with the Barak Ballet.

Read this revealing piece in LA Observed on two alumni:  “A Nutcracker homecoming for ballerinas Joy Womack and Lyrica Blankfein.”  While both dancers trained at Westside, their careers have led them to very different places.

Alumna Tiler Peck starred in the musical “Little Dancer” at the Kennedy Center in Washington, D.C. Hopes are high the show will soon be headed to Broadway!

WSB’s very accomplished alumna Elisabeth Moss, known for her character “Peggy” on the popular and long running AMC series “Madmen”, was featured in an exclusive ABC news interview with Diane Sawyer. Elisabeth spoke about her background at Westside Ballet.

Are you a WSB Alumni? Send your news to francine@westsideballet.com so we can share!

We want to be able to contact our alumni for performances, special events and reunions. If you have information on alumni, please contact francine@westsideballet.com with current contact information such as name, address, phone number and especially email address. (Even a name is a good starting point!)  Thanks!